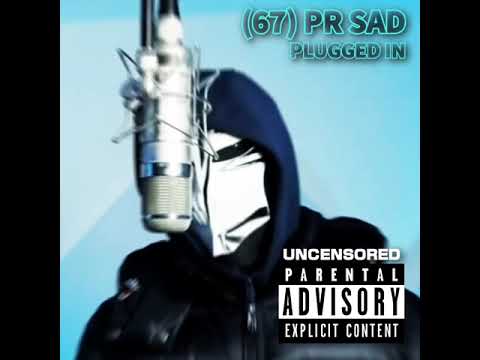 Song Info: Were The Reason Your Dead Friends Famous Lyrics. The song name is Plugged In Freestyle which is sung by PR SAD.

Were The Reason Your Dead Friends Famous Lyrics

[Verse]
It’s a reckless world
Corn in his chest, now it’s Reckless’ world
Double 6, fuck the 12
Three man got hit with that reckless .12
Peewee greasy shoot like Bale
Greaze was leaky, swam like Phelps
They shout like girls, I creep in stealth tryna decrease health
I don’t need a slatt or slime to do it
Stuff these chew-its and take it there
Graveyard my bruce ain’t playing fair
So I’m outside the barbers and shaved him there
Stuttz got a shell in his back like a turtle
His skin went from brown, pink to purple
He got fried and his cousin died
We’re winnin’ this shit, we ain’t dying in Serco
It was Skrilly and Scribz that raised us dangerous
Now we’re in love with the paigons
Me and Itch was 15 just raged up, gauged up
Really tryna make some statements
ST tried smoke man’s dad
That was way back, the identity weren’t mistaken
Free the murder squad that’s caged in
They’re the reason that we smoke these flavours
We’re the reason your dead friend’s famous
Save it, they ain’t done shit so we take him
14 plus wounds with the stainless
Amazing how God couldn’t even save him
In the blade we trust
The get back took my man’s cuz
Four of them’s dead, we ain’t ridin’ enough
S got put down, they were hypin’ him up
GI got life still flyin’ it up

Read Also: I Heard From A Friend Today And She Said You Were In Town Lyrics

We saw the GoFundMe page and I’m quite ashamed, money should be a focus
Bored up Reckz in his back like “Hold this”
PS, he screamed out “Oh shit, oh shit”
Kweng man’s face, nasty how it opened
Threat to myself cah the safety’s broken
‘021, big game, no rodents
No spot, it’s outside when it’s freezing
Rub the bells in my palm just to heat them
WD40 grease it, clean it
Check them snaps and pree them eediats
We do drills broad day or the evening
Either we’re bored or someone’s tweakin’
Hella cap in his rap, don’t believe him
16 plate weren’t there when they were grievin’
Opp block tour for casualty
The sweeties cause more than cavities
And I know why them rap boys mad
‘Cause if drillers got paid they wouldn’t have no salaries
15 we were doin’ Tour de France
18 we were doin’ Sons of Anarchy
21 we’re tryna dun man’s dance
Bro got 25 coz he stopped that heart
If they done a headcount in 150, can name about four or five not attending
Treacherous necklace, t-shirts, pendants
That’s where the rest of the class attendin’
They want a nigga baitface, I don’t need attention
Now I’m on the 2 tryna add to the tension
Blade in his head by force, it was bendin’
Life’s on pause and death were the sentence
[Outro]
Fumez the Engineer

Were The Reason Your Dead Friends Famous Lyrics Music Video